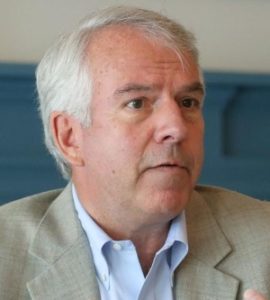 In the 2018 midterm elections, there is a US Senate race in New Jersey pitting incumbent Democrat Senator Robert Menendez against Republican businessman Bob Hugin. The polls show a tight race. I’m hoping for a change — NJ desperately needs one.

If you’ve done some reading on government and history, you know that the job of United States Senator may the best ever created. Formed by the US Constitution in 1787 and long known as “World’s Greatest Deliberative Body,” Senate members serve for 6 years (lots of time for voters to forget), wield power over entire states (including NJ with 9 million residents) and earn $174,000 per year plus health benefits and a federal pension (98% of US workers make less).

Senators also get an official personnel and office expense account (at last count for a senator from NJ the annual allowance was about $3.5 million). Plus, they get to talk all the time (often without result).

It shouldn’t be a matter of political party as to who wins. But with his strong record of achievement, it makes sense to vote for Bob Hugin this year. He’s not an extremist but  supports policies in keeping with NJ majorities on abortion, marriage equality, immigration, and the environment. He’s in the middle politically where all real progress comes from.

Even a quick review of his record shows Hugin is a senator right out of central casting. New Jersey should be eager to elect a man of his ability and accomplishments. He’s got a Princeton degree (and an MBA from U of V), he served as an active infantry officer in the U.S. Marine Corp. for 7 years (plus 7 more in the reserves), he’s been married for over 30 years, and he grew and led Celgene Corp., a Summit, NJ-based bio-pharmaceutical company ($87 billion in annual sales and 6,000+ employees). And most compelling, his sons are both Marine officers. It says a lot about a person when both his sons elect to join the military to defend our nation.

“They must often change, who would be constant in happiness or wisdom.”
—Confucius

I worked in the medical publishing business for over 12 years and grew up among physicians so I saw firsthand the true measure of the drug industry’s commitment to the human condition. I’ve never bought into the criticism of the nation’s drug companies. Once you remove the fake targets that most politicians put on them, their record is estimable.

Besides, it’s a vital NJ industry (our state is home to 75% of the world’s 20 top pharmaceutical companies), providing a massive number of jobs and tax revenues. And the pharma business does it all at great financial risk (the average cost to bring a new drug to market tops $2.5 billion) while also providing a much unheralded healthcare bang for the buck (drugs account for less than 15% of total annual US healthcare spending). In my mind, no US senator from NJ should be hacking on the pharma industry!

Huign and his company have an outstanding record here. Their work in cancer research and treatment has been exceptional. They’ve produced drugs that not only extend life — but as my physician-father always advocated for — drugs that improve life. Cancer is no longer a death sentence thanks to the efforts of Mr. Hugin and NJ companies like his.

While Hugin’s candidacy should be looked on favorably, NJ is historically hostile to GOP candidates for senator. The last Republican to win a senate race in this state was in 1972. That was Senator Clifford Case. A true statesman, Case easily won that race for a fourth term and in fact would donate unused campaign funds to the US Treasury — more than $18,000, according to a 1973 Red Bank Register report. Talk about different times!

As to Hugin’s opponent in this race, Senator Menendez, all you need to do is read the Senate Ethics Committee’s letter that “severely admonishes” him for taking unapproved gifts from a rich Florida doctor in exchange for political favors. Approved by all committee members in April 2018, it concluded that Menendez brought “discredit to the Senate.” Read it all here. 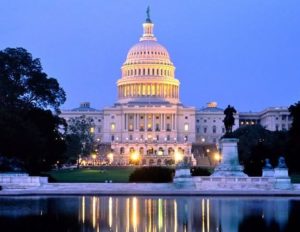 US Capitol building in Washington, DC.

Menendez, in elective office in NJ since 1974, is a guy who has never had a real job in his life — spending an entire career at the public trough. Meanwhile, Bob Hugin was serving his country in the military, growing a major NJ business and saving lives to boot.

I like Bob Huign for his biography, his disposition, and his love of country but also because we in New Jersey must make a real change. Our state is always last. According to the Tax Foundation’s State Business Tax Climate Index, NJ is dead last. We’re also cellar-dwellers when it comes to federal government collected taxes in NJ and returned through expenditures to the state. And according to US News & World Report, NJ is 49th in Fiscal Stability and Quality of Life matters. Our state must try another way.

As I see the problem, NJ seldom if ever has a seat at the Washington DC power table when it comes to our US senators. I’ve watched through the years as they needlessly provoke and reject Republican Presidents, of which Monmouth County always votes for.

This year marks my 40th anniversary as a voter and in that time the country has been led by a Republican President for more than half the time. But when making major federal decisions vital to NJ interests (on national defense, taxes, transportation, shore protection) the state always gets shorted. Too often for our senators it’s about naked partisanship. I see a real void here in our state’s politics — one that could be improved by Bob Hugin, who is a moderate, skilled and decent person.

After 40 years of zero elected Republican senators from NJ and us always getting short shrift — simply as a matter of balance and chance — Bob Huign should be given an opportunity to serve. That his entire life is one of exceptional service, success and seriousness makes the vote even easier.

Greg Kelly is the publisher of MonmouthBeachLife and a MoreMonmouthMusing contributor,

More from my site